An undergraduate student studying Strength and Conditioning scored a try at his international debut for Switzerland at the Rugby Europe Men's Trophy last weekend (Saturday 5 November 2022).

George Hallam is in his second year studying at Moulton College and fits his international training around his studies with the support of his tutors.

The Trophy tournament consists of five teams and is the second premier rugby union competition for European national teams outside the Six Nations Championship. George, who plays in the position of flanker, qualifies to play for Switzerland as his grandmother is Suisse.

The try contributed to Switzerland winning their match against Sweden 69-12 and George was awarded Player of the Match.

Switzerland's next match is on Saturday 12 November against Lithuania.

"It was a great honour to play for Switzerland, especially to score a try as well. I'm really grateful to my tutors for supporting me to balance my training commitments, fitting in catch-up sessions for any lectures that I miss. The course I am studying is also really useful as I am learning how to prevent injury through targeted gym training."

“The HE Sport team are proud of George’s achievement and it is a testament to the hard work he puts in. George manages his rugby and studies well and we hope that George and the Swiss team get another victory this weekend against Lithuania.”

Find out more about our undergraduate Sport courses 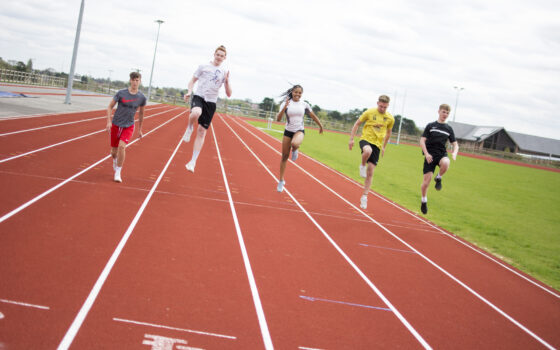